Australian festival favourites, Golden Fiddle Recipients & 4 time “Bluegrass” Golden Guitar finalists, The Hillbilly Goats, strip back the layers of modern music and transport you on a journey through roots and old time blues. These guys aren’t just a band – they’re a “show” featuring stories and song combined with tap dancing, bones, big harmonies and regular instrument changes. They’ve won several awards, were just up for Australian Folk Band of the Year 2021 and have released 4 studio albums specialising in Mountain Music.

The Hillbilly Goats are a “standout” folk band in Australia due to their passionate research and delivery of old time traditional folk music. The ‘roots’ are the beginning and their show takes the audience right back to the Scots Irish Immigrants to Appalachia in the 1600’s and the story progresses through the Africans bringing the banjo up to the Blue Ridge in the 1860’s, and all the way to this “Mountain Music’s” evolution into country music (1927), and bluegrass in the late 1930’s.

Researching for music that’s almost lost and rearranging it to record and present to live audiences is their way of keeping old folk music alive for future generations. The stories told continually WOW their crowds as the history told sets the scene of folk pioneers.

They travel their show far and wide on their passionate mission to let the stories be heard. 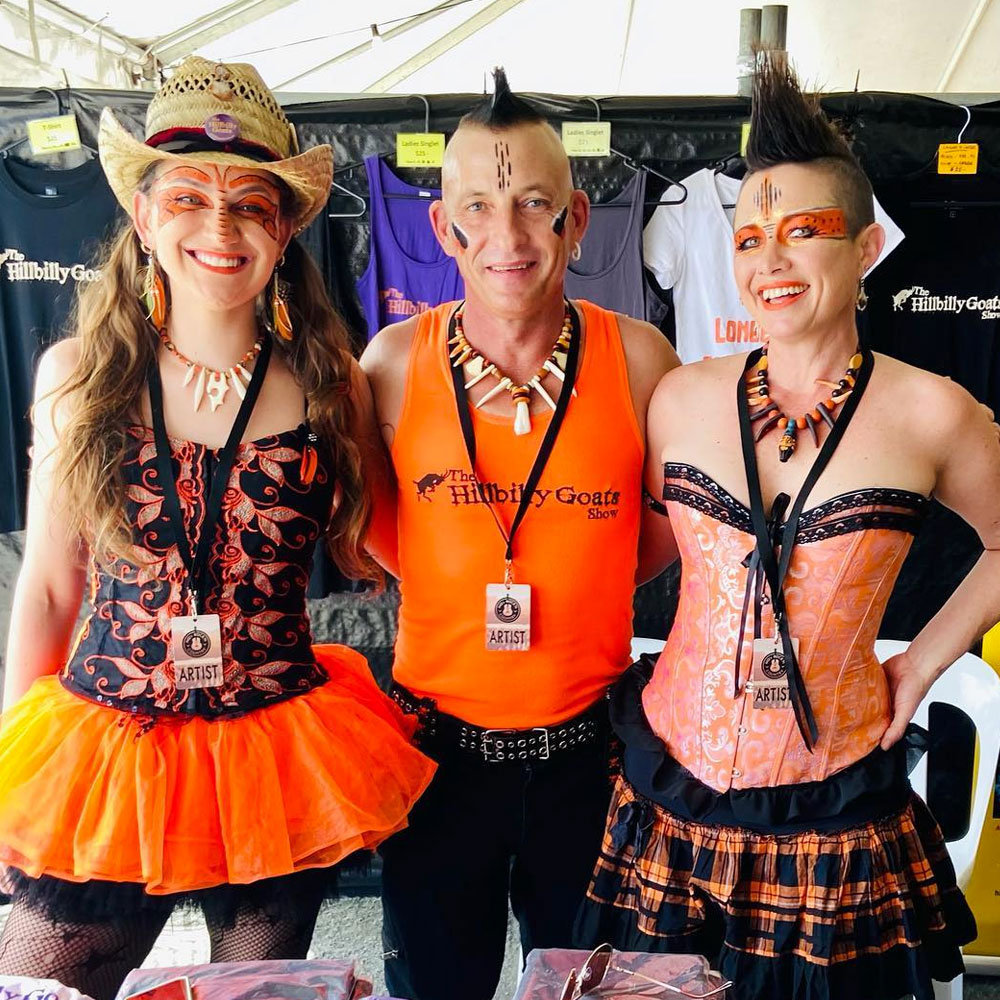